The airspeed indicator (ASI) displays the speed at which the airplane is moving through the air.

The airspeed indicator is a sensitive differential pressure gauge which measures and shows the difference between impact pressure from Pitot tube, and static pressure from static line (the undisturbed atmospheric pressure at current flight level).

These two pressures will be equal when the airplane is parked on the ground in calm air.
When the airplane moves through the air, the pressure on the pitot line becomes greater than the pressure in the static lines.
This difference in pressure is registered by the airspeed pointer on the face of the instrument, which is calibrated in miles per hour, knots, or both.


Manufacturers use this airspeed as the basis for determining airplane performance.

The direct instrument reading from the airspeed indicator give an airspeed uncorrected for variations in atmospheric density, installation error, or instrument error. 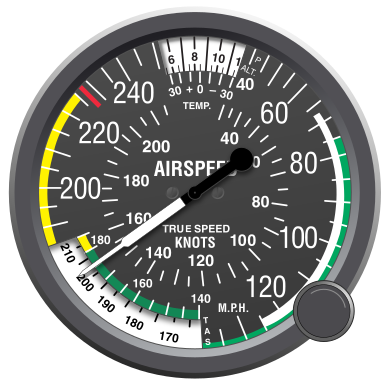 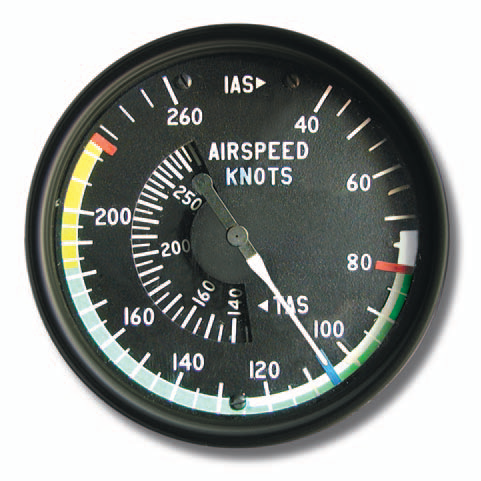